The Fort Ouvrage Michelsberg is located west of Saarlouis and is one of the few bunker systems of the Maginot line which are renovated and can be visited. It is not as perfectly restored as Fort Schoenenbourg, but the visible ravages of time has its own charm.

The facility is lovingly cared and maintained by a handful enthusiast. See website: www.michelsberg.fr

During a normal visit there is no time for high-quality pictures, as a guided tour takes 2-3 hours, and several kilometers and hundreds of rooms can be visited.

A 180 degree panorama of the tunnel system and the railway. Each battle block was supplied with a diversion

As we did at the photo tour in Fort Schoenenbourg , we registered as a photo group. After a brief inspection of the plant with guide and safety instructions we were able to move undisturbed in small groups in the plant. This time we also had professional battery lights with color discs in our luggage, so we could illuminate the rooms themselves. 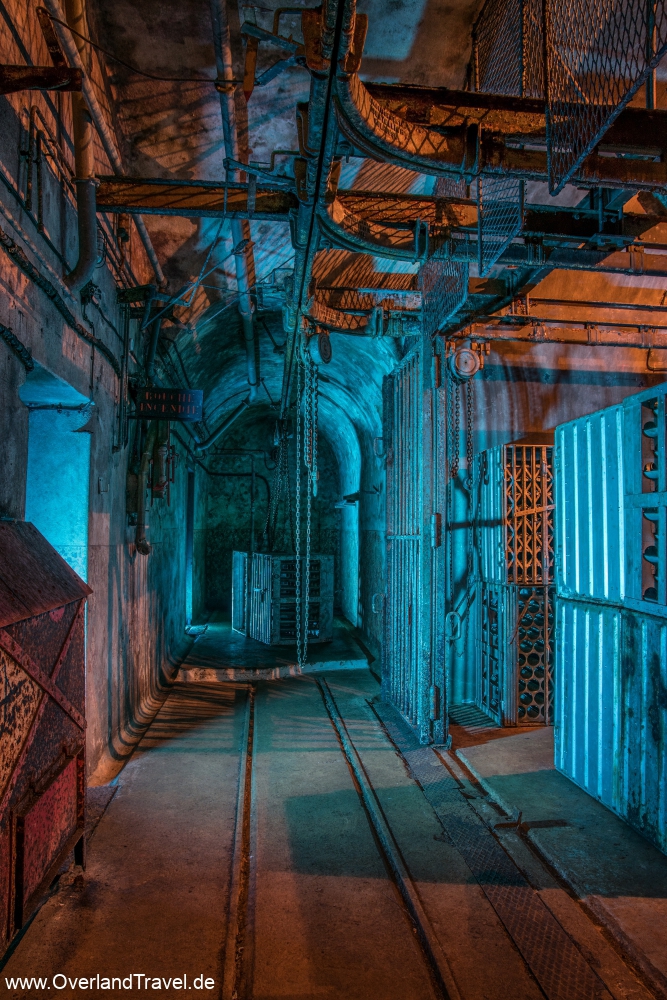 One of the ammunition magazines additionally illuminated in blue

The block 3 is not illuminated and normally can not be viewed. Here the lighting is particularly fun, but it is also eerie. 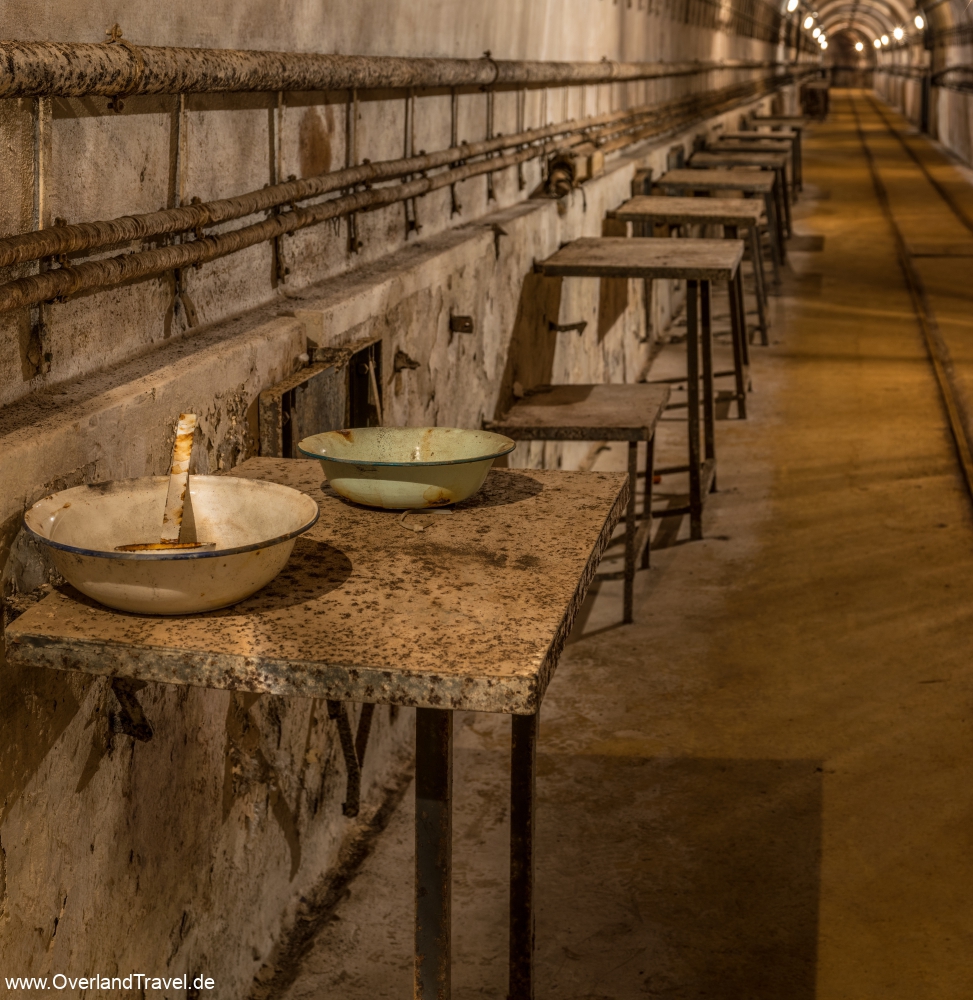 There were no cafeterias or lounges. Dinner was served at folding tables in the tunnels

The pictures are taken with a Nikon D5300 and the Sigma 17-70mm 2.8-4.0. All pictures of the tripod with remote release, ISO 100 in M ​​mode of the camera. The aperture was almost always 8, with the camera / lens combination gives the best picture quality. 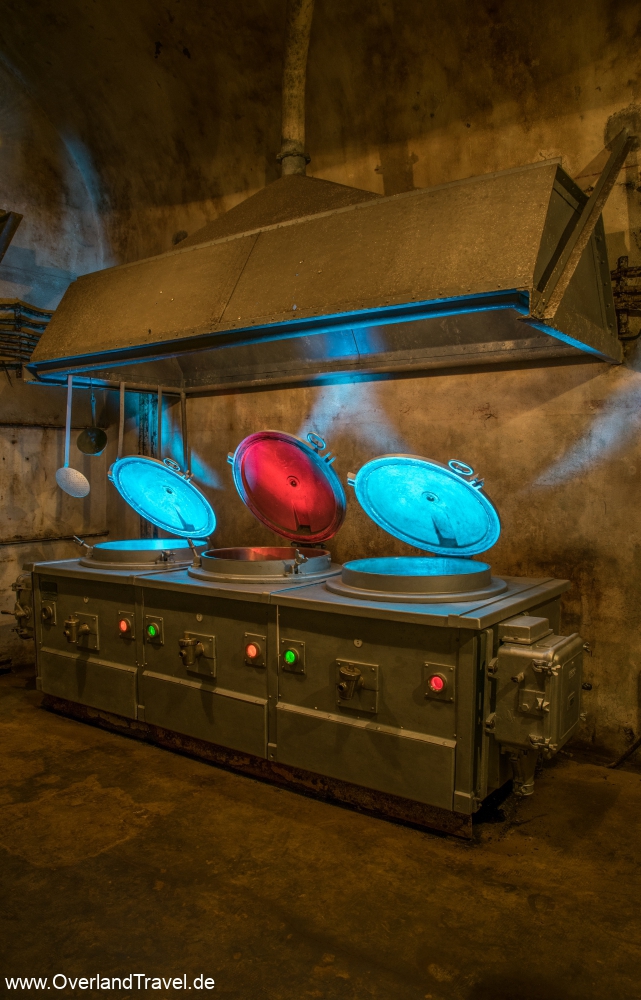 The electric stove in the kitchen

In addition, was still a RGB LED light in the luggage which can help in focusing in the dark, or brightening of too dark areas. The light painting shots have also been created with the RGB light in a recessed cellar section. 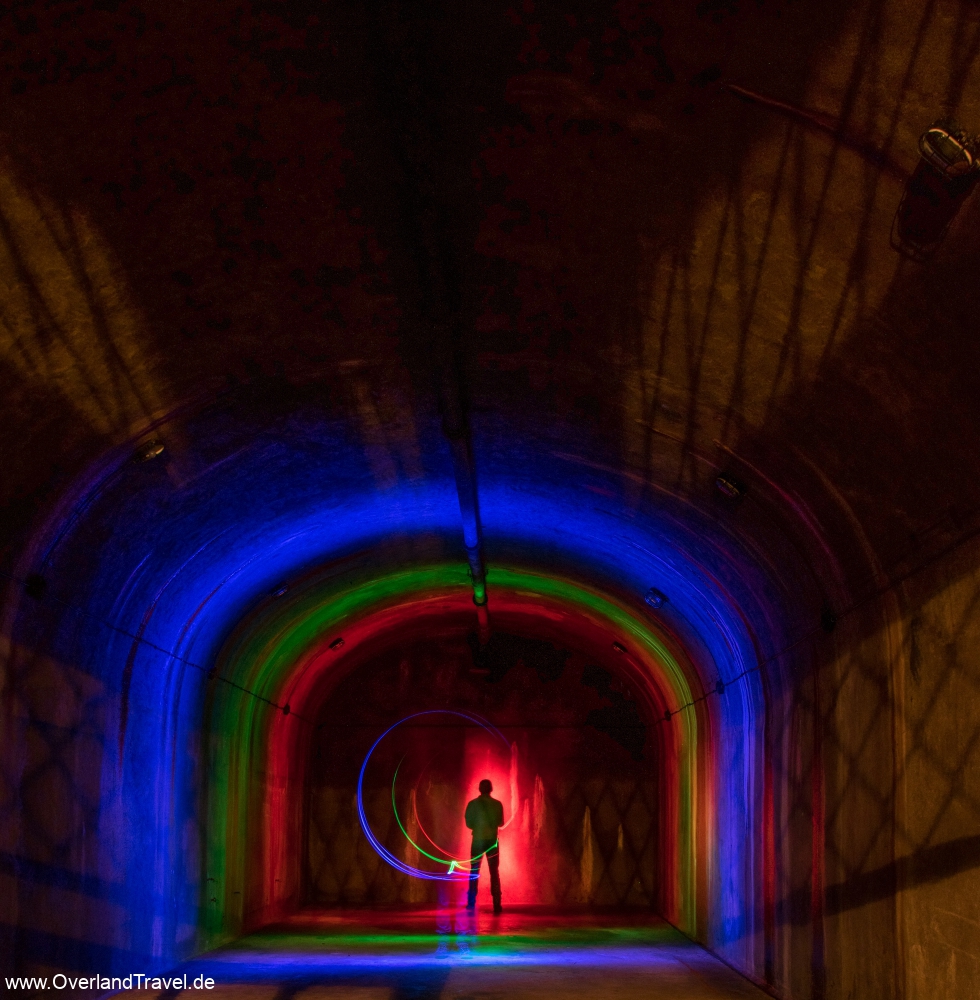 The empty basement rooms can be used for the Light Painting

In the generators hall are 4 diesel generators with 125 hp, one of which is actually still ready for operation and has been specially launched for us. 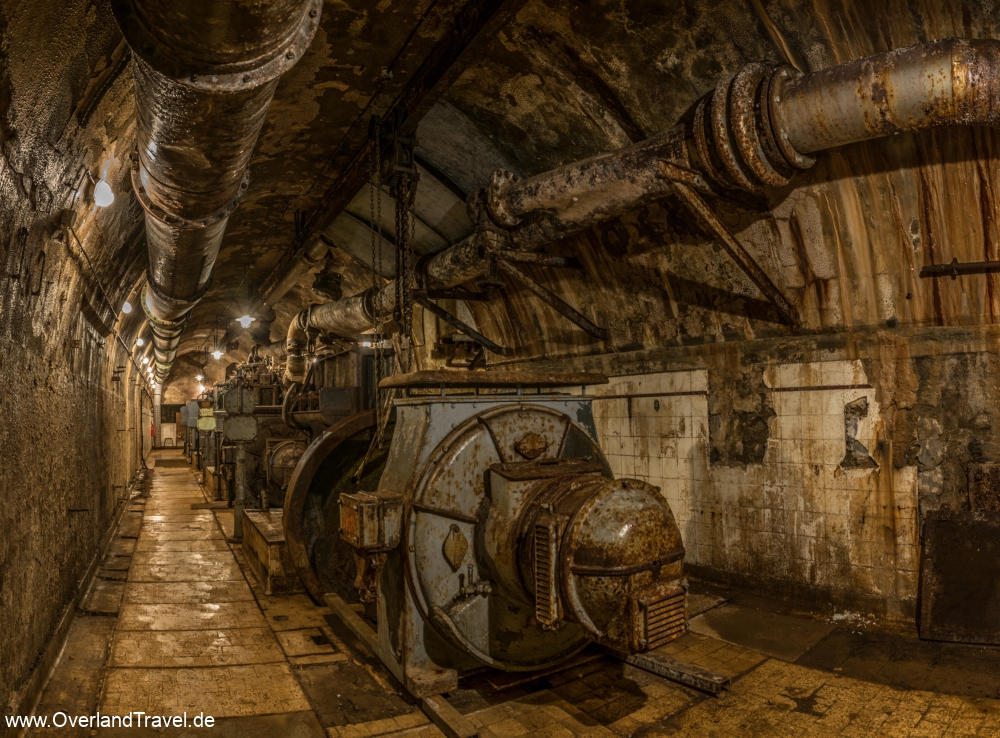 The generators hall with the four diesel engines

Two of the generators were in operation in the combat mode of the plant for 8 hours, provided the power supply was capped from the outside. The others were reserve and could be maintained. 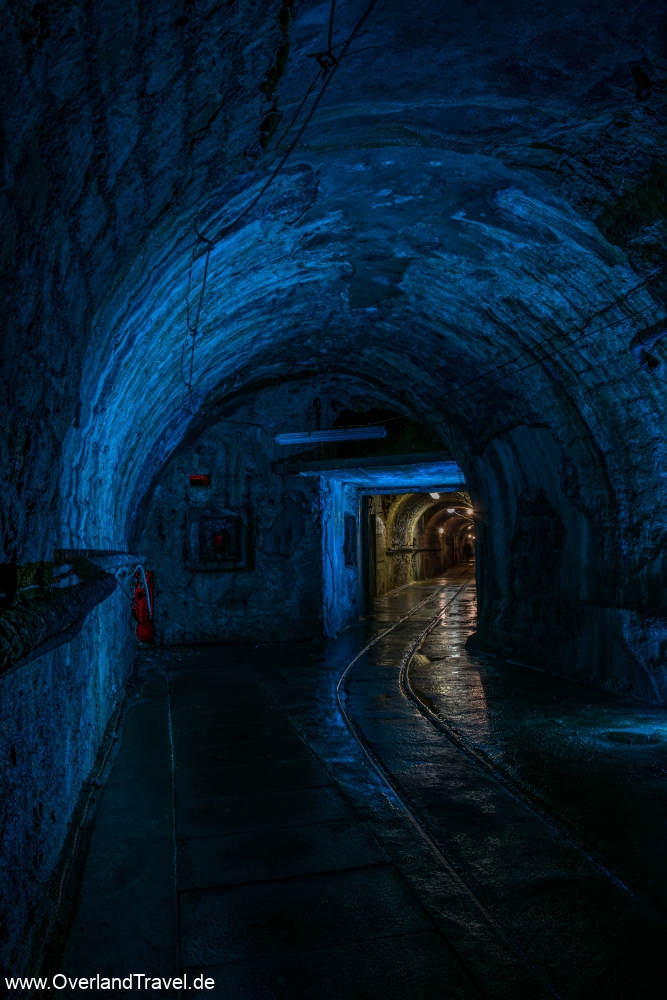 Main tunnel with rail system and defenses for internal defense