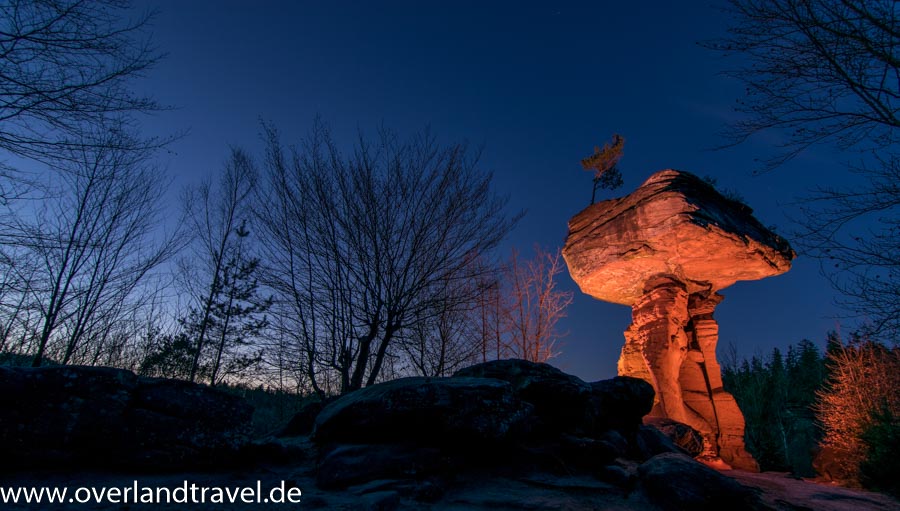 The Sony A7R III with the excellent 16-35 F2.8 lens is extensively tested on two winter hikes. On the first hike, this video is produced, usually shot in slow motion at 120 frames/second. Woman, dog and car serve as motive, the first one is not very motivated at first, but the result can be seen, especially if you consider that there is only one afternoon between idea, implementation and upload on youtube:

The weather conditions during the video shoot are rather unpleasant, light snowdrift, but the lens and the camera are waterproof. The sun visor prevents water stains on the lens. The white-powdered rocks do very well on the video. 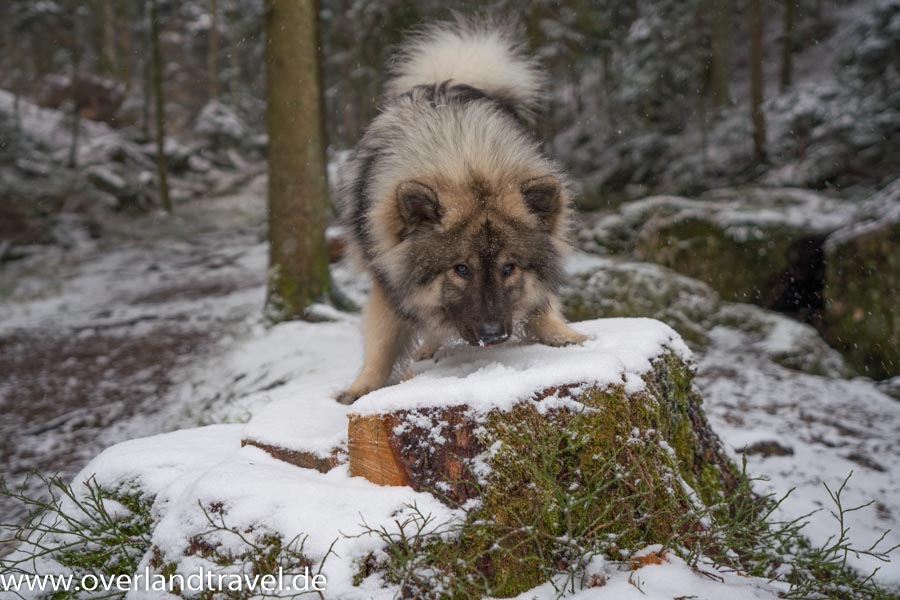 Actually, I wanted to get a gray filter to create such a great veil/nebulae effect with running water like the one below, 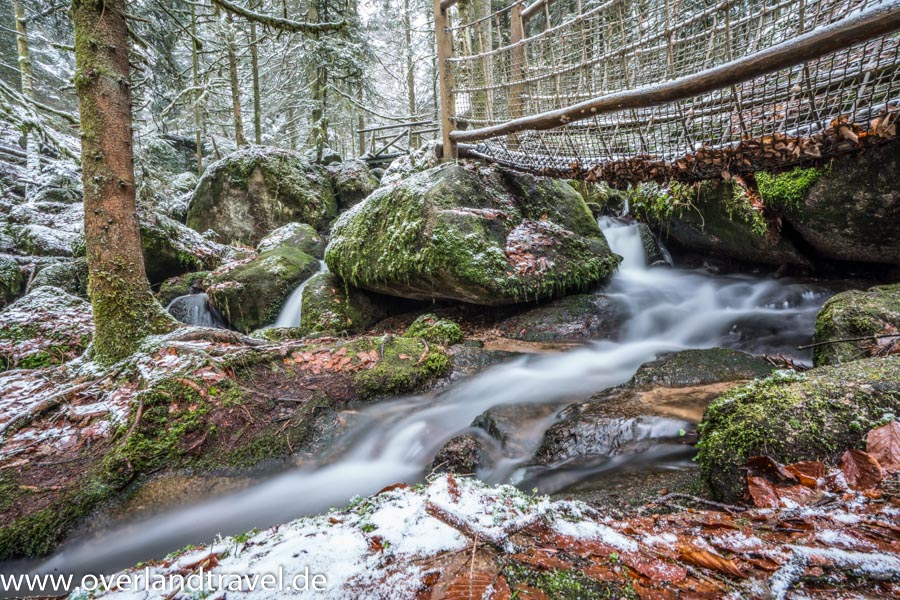 but the Sony A7R3 also has an ISO mode of 50 instead of 100, which doubles the exposure time. You don’t need the maximum aperture of 22 at all, you set the aperture in such a way that an exposure time of 3-4 seconds results, so approx. aperture 18: 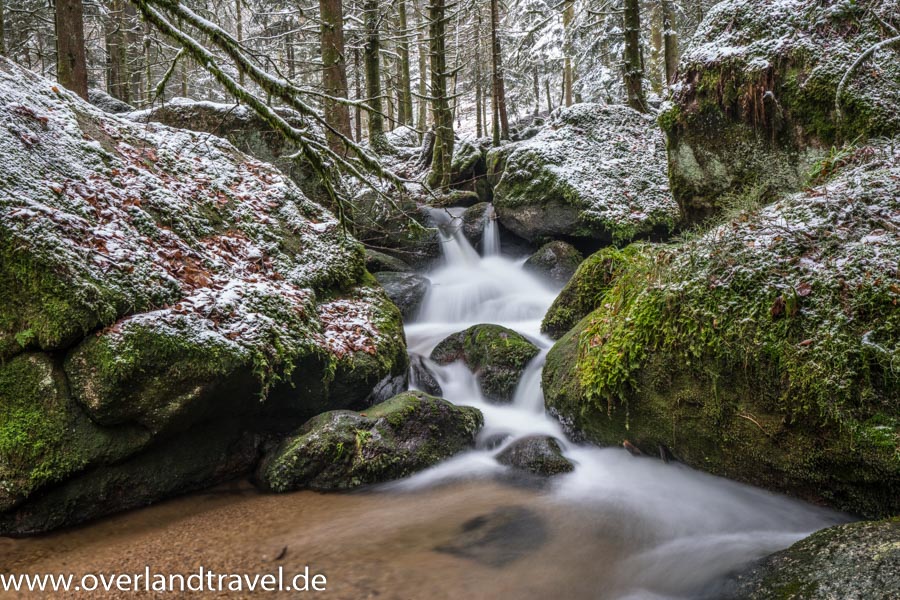 A longer exposure time does not improve the veil effect any more. A nice side effect is that the pictures are sharp everywhere. 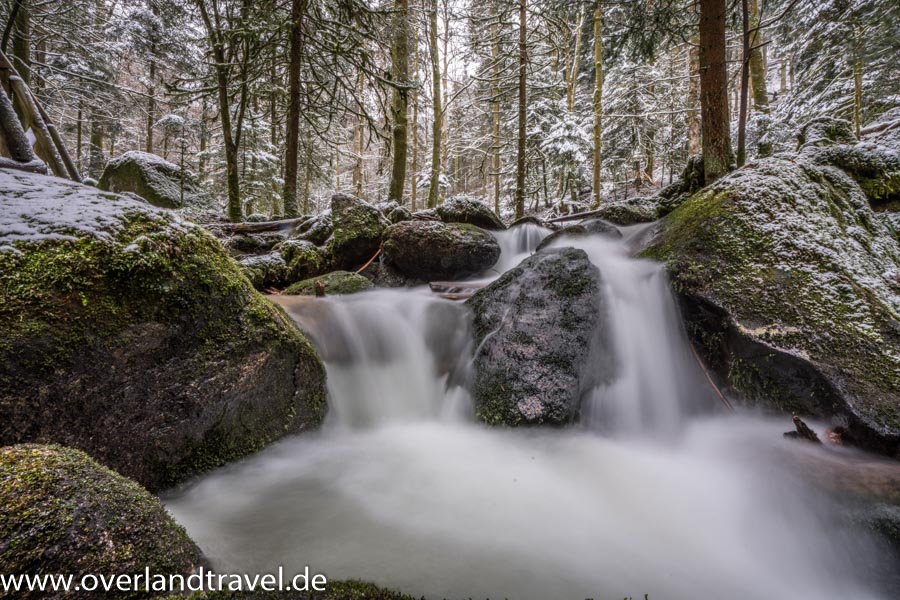 I didn’t have a remote release and a real tripod with me either, a Rollei Monkey Pod (flexible mini tripod) keeps the Sony just as stable. Instead of the remote trigger, a timer with 10 seconds is set. This has the advantage that the camera and tripod have completely calmed down. Since the hack worked so well, the question arises if you need a gray filter at all?

Certainly, if you want to focus the viewer’s attention on an image detail, e. g. a rock, a branch or a leaf, you can reach it by a wide open aperture, e. g. 2.8. The light has to be compensated by the ND filter. Focussing with a gray filter is an challenge in itself, as the image is so dark that the autofocus no longer works reliably. You can then help yourself by turning up the ISO before the shutter release to focus, e. g. focusing on 12000, setting the lens to manual focus, and setting the ISO back to 100 before shutter release.

The video and the pictures above were taken at the Gertelbach waterfalls in the Bühlertal.

At the next picture series I wanted to know how well the Sony A7R3 works in automatic mode. With my previous Nikon DSLR’s the mode was rather useless, because the camera has always put the focus somewhere, but not on the subject. However, Sony now has an excellent autofocus with eye recognition that permanently analyzes the live image and automatically focuses on the moving parts of an image, ideally right on the eyes. As you can see, this works pretty well even with dog eyes: 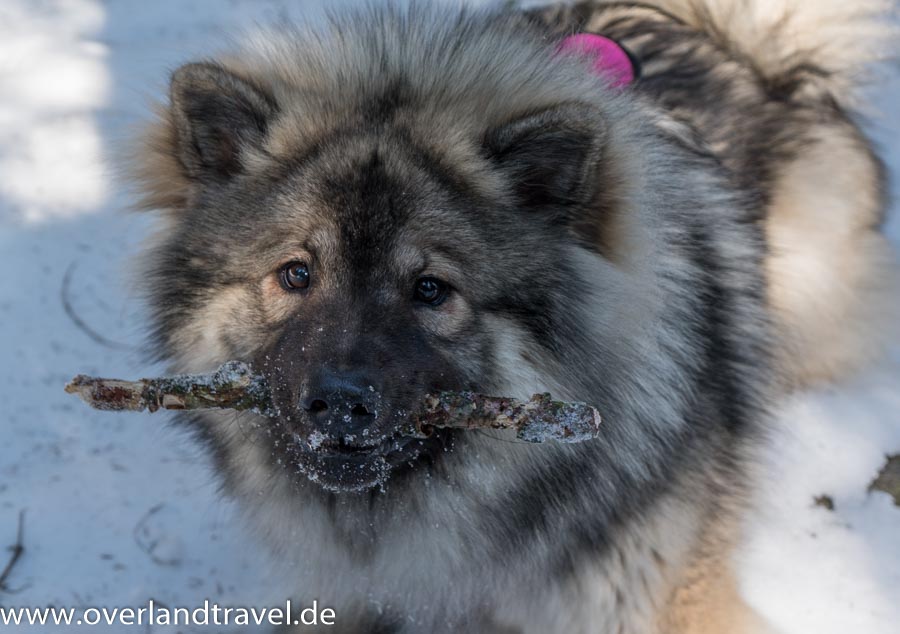 There are of course also rejects, but if you don’t want to worry about anything, or if you want to hand the camera to a “non-photographer”, that’s enough. 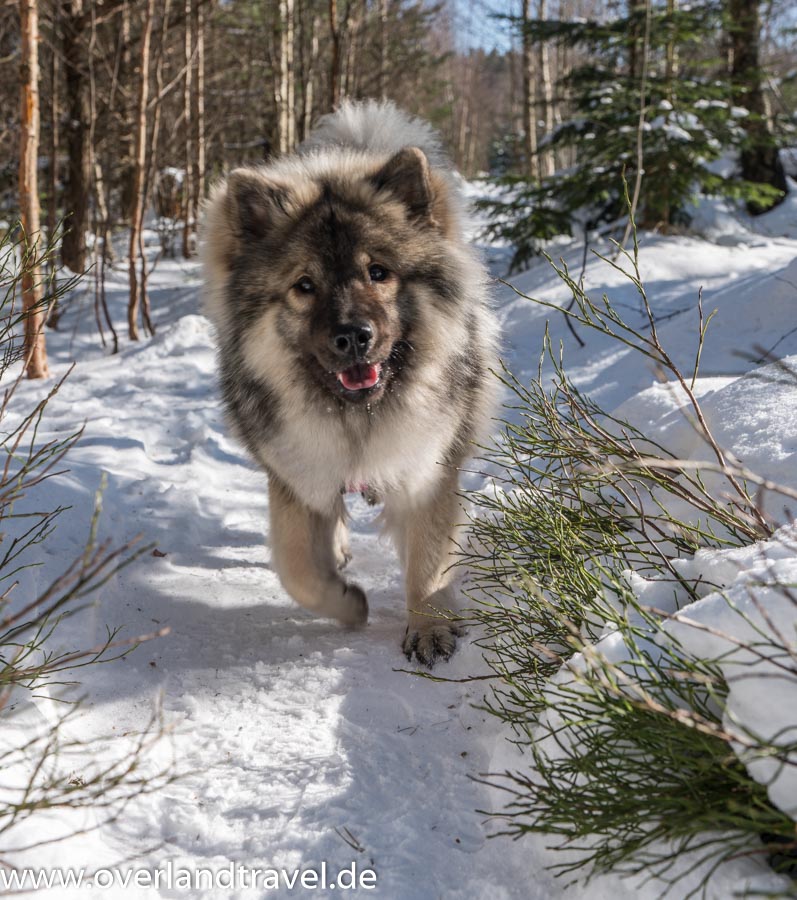 When analyzing the images, the camera had mostly decided to use an aperture of 4-5.6. Not a bad choice, as you can see, the pictures are even optional and the focus fits. 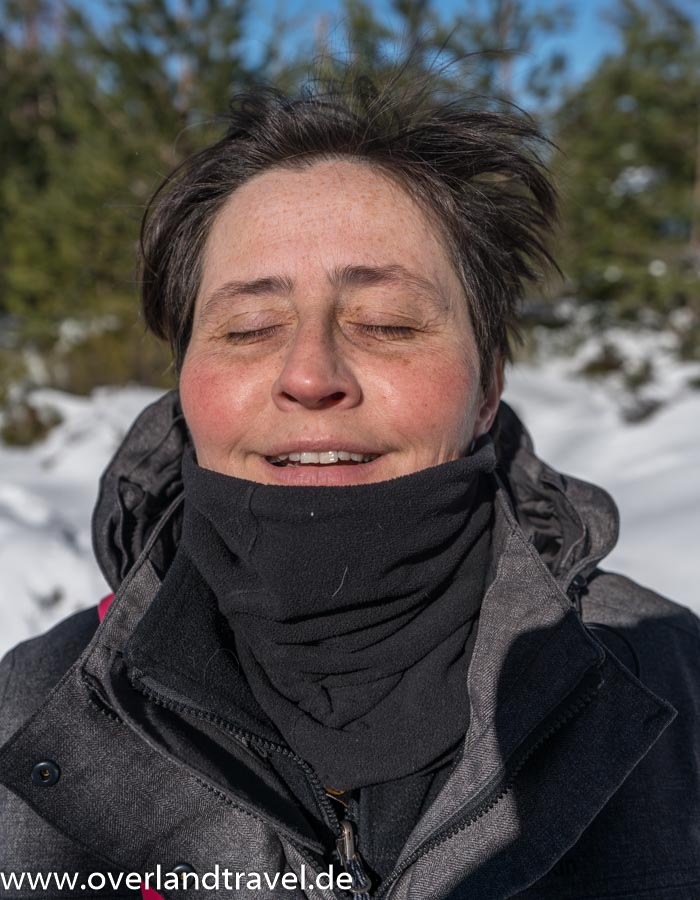 Some of the pictures were even taken with a hanging camera, when you hear that the dog comes from behind just fire it.

The perspective is thus automatically no longer the “from above from the human point of view”, but at dog’s head level. 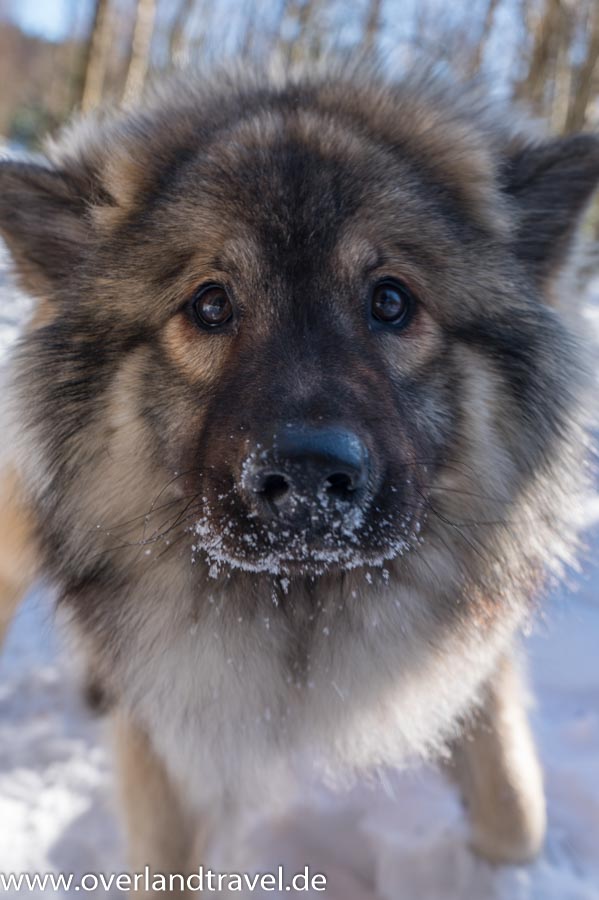 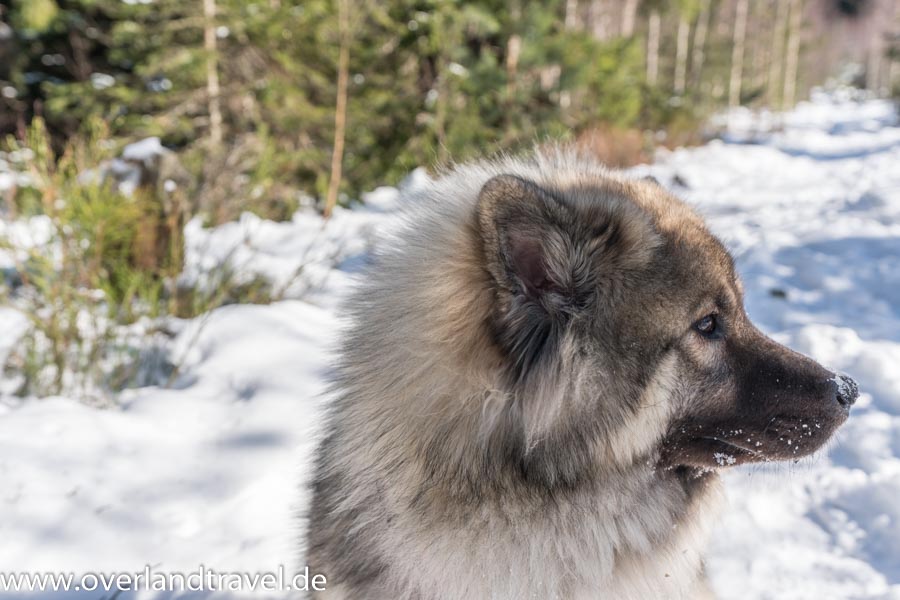 Conclusion: The Sony is the hammer, and the concept of a mirrorless camera for people who also want to shoot videos with their camera is outstanding. The autofocus permanently analyzes the image and automatically focuses on the moving parts, which also works in video mode, and completely silent.

Switching the lens to manual focus mode gives it the feature of focus peaking, which highlights all edges that are in focus plane condition: Hammer!

All in all, the camera with its mirrorless concept plays right at the top of the Champions League for me. Unfortunately also financially….. 😉

Not dog experts are probably still wondering what is a Eurasier: This is the breed of dog on the video/pictures. it is Wolfsspitz, Chow Chow and Samoyed.